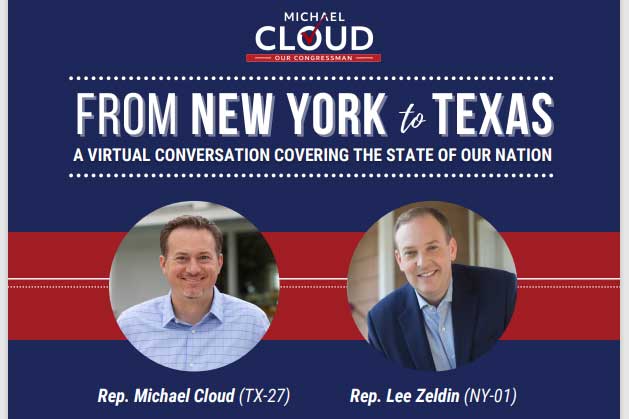 In addition to defending freedom in the New York’s 1st Congressional District, Lee has just launched his campaign for Governor of New York against Gov. Andrew Cuomo. They will discuss the state of New York, our nation, and how we can all make a difference during this crucial time in our nation. We hope you can join our team.

This virtual event is open to everyone who signs up to be a part of the Cloud Coffee Club ($27 monthly recurring or an equivalent contribution annually).

Rep. Zeldin was born and raised on Long Island. He earned his BA from SUNY Albany and his JD from Albany Law School, becoming New York’s youngest attorney at the time at age 23. Rep. Zeldin is an Iraq War veteran and still serves as a Lt Col in the Army Reserves. He is currently serving his 3rd term in Congress and is on the Financial Services and Foreign Affairs Committees. He lives in his home town of Shirley, New York, with his wife and twin daughters. Currently, he just announced as a Candidate for Governor against Gov. Andrew Cuomo. 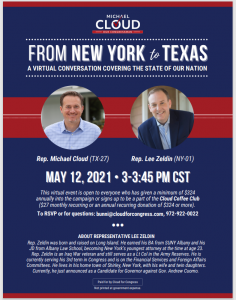